Linkwitz® LXsirius is a most remarkable loudspeaker. It converts electrical signal voltages into acoustic pressure variations, which are perceived as completely neutral and detailed even in a reverberant environment.

With this design, Siegfried Linkwitz wants to give every music lover the opportunity enjoy a reference quality sound system singing in their own living space.

Linkwitz® LXsirius`acoustic design by Siegfried Linkwitz bases on clever foundations and on a scientific approach, avoiding any kind of irrelevant considerations. Every piece on it is there because it is necessary, nothing more and nothing less. It is the desideratum for form follows function. LXsirius offers a true alternative to the LX521, except for the bigger speaker's extended bass. With a 700 Hz LR2 crossover to a small, full-range and open-baffle driver, and with a diffusing as well as attenuating structure for controlling the rear radiation, the polar response tends towards cardioid behavior and reduces reflections from objects behind the speaker. With directivity controlled in this way the LXsirius becomes much less sensitive to room placement, while also gaining in 3D imaging precision. The small, full-range driver on top is superbly smooth and detailed. It blends flawlessly with the pistonic, infinite transmission line woofer for a completely neutral sound in a reverberant room. The speaker stands 40" (1 m) tall.
Linkwitz® LXsirius comes with a super-slim front aspect of only 9cm width. Its elliptical cylinder mates with the upper round woofer cone, forming a seam line of four parabolae. The wooden rear support element, made from massive walnut wood, parallels these lateral parabolic lines.
A true design gem in every listening room !

Linkwitz® LXsirius includes all the features that distinguish the LX521.

Every piece on it is there because it is necessary, nothing more and nothing less. It is the desideratum for form follows function.

The drivers employed were custom designed and manufactured for this project. World renowned SEAS drivers manufacturer from Norway took the challenge to implement his exact and demanding specifications. Aside that, every driver is directly hooked to a dedicated power amp, avoiding passive crossovers and their secondary harmful effects on the other drivers operation in the network.

This ensures that every individual amp and driver is performing at their optimum range. The audible result is extremely fast transients, very low non-linear distortion, tremendous dynamic range and a very high damping factor to keep driver's displacements in absolute control. A true loudspeaker departure from conventionalisms.

Say goodbye to the box

Each Linkwitz LXsirius loudspeaker is comprised of a infinite transmission line air chamber for woofer driver. This means that the soundwaves travel downwards the internally padded cylinder, reflecting in its base and coming upwards with an intensity -40dB less than original soundwave. The cylindrical structure is extremely stiff by definition and is free of spurious wall resonances. Also, the main tube diameter is almost coincident with the woofer’s diameter, and so there is no diffraction issues at all in its covered frequency range. Aside this, the pipe elevates the woofer driver off the floor, reducing greatly room modes excitation. Scientifically designed it proves to overcome most of the cabinet issues found in traditional box enclosures.

Playing in the room, not against it

The full range driver is located at the acoustic center of the woofer. Its radiation pattern is figure of eight, which means that a null is obtained in the perpendicular plane and thus securing minimum interference with side walls and also floor and ceiling. Even a more important derivation from the figure of eight radiation pattern is that the room receives aneven timbre sound, both at front and back, allowing large wall reflections soundwaves to be tonally very similar all along the room. This is also fundamental for taking advantage from the Precedence Effect when the loudspeakers are optimally positioned in the room. At 700 Hz the pattern becomes cardioid. From 900 Hz and upwards, the dipolar pattern radiation is scattered backwards with an acoustical dampening material inside the upper tube. The result is that back soundfield is present but doesn´t excites room reflections overly.

Music is treated with respect and delicacy, in a compelling way, and that is the reason why lots of musicians, who know very well the way the instruments sounds like, admire the realism that Linkwitz® LXsirius conveys at their homes with their prefered recordings. Neutral timbre, truthful and fast presentation, natural openess, holographyc stage, real world dynamics, are all attributes that define the LXsirius performance.

The phantom scene term makes reference to the special sound realism that Linkwitz LX® loudspeakers are able to create in your room. You should be prepared to show a big smile the first time you listen to it -and even long after-. Proved microphone techniques let the acoustic space to be recorded. How? Through the concert hall reflections when music is played. This valued information is encoded in the recording and they are there waiting to be deciphered by a true constant directivity loudspeaker, at your home. When this happily happens, a magical trick in you brain occurs: music decompound into musicians, soloist, singers, percusionists, groups, individually distributed along the available space at your listening room, way behind your Linkwitz LX® loudspeakers. You will even “see” the musicans walking through the stage if this is what happened in the concert hall when recorded, most noticeably in operas recordings. This is a phantom image, a true trick that makes your brain to believe that real musicians are in your room. An awesome experience! 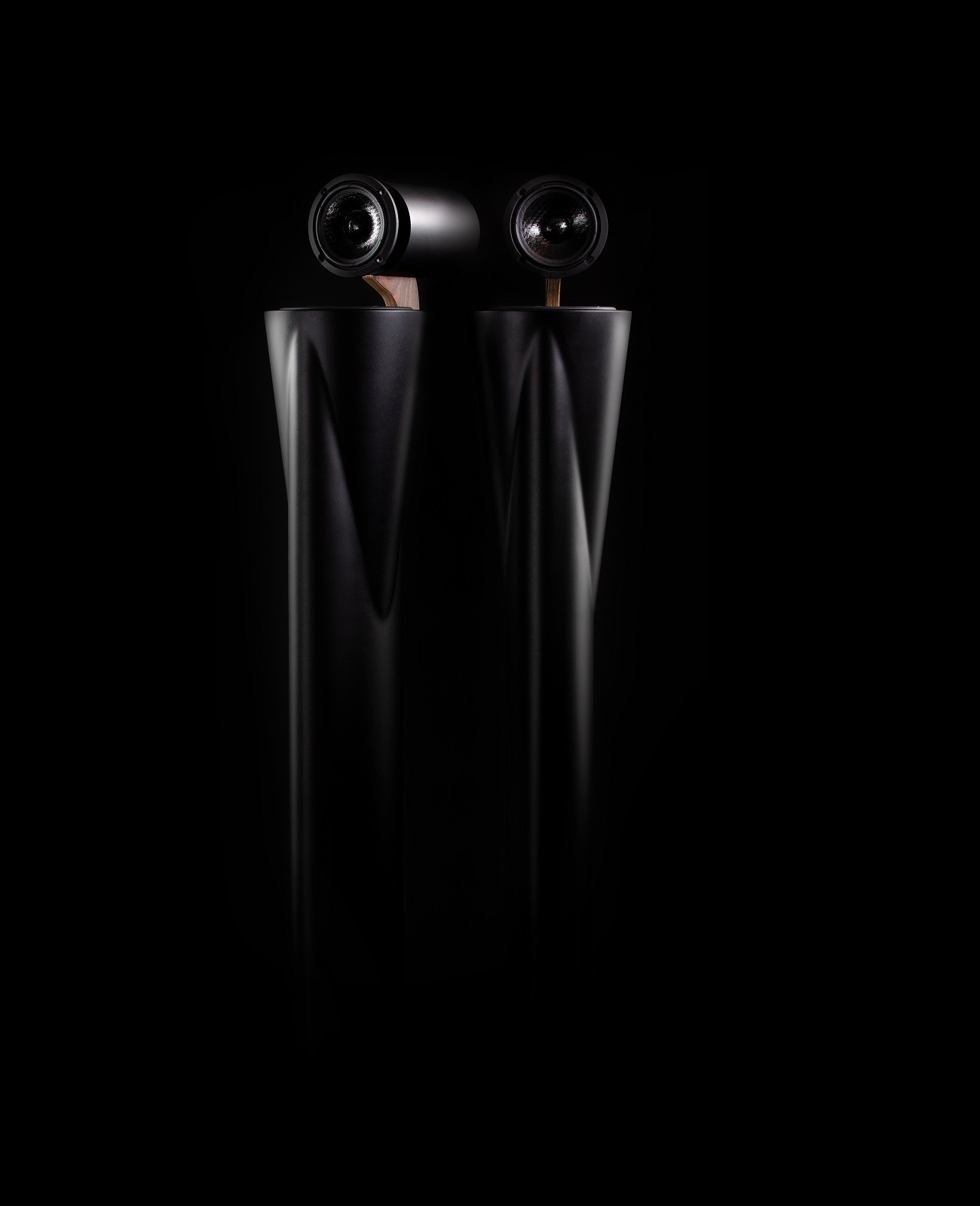 »The sound is just amazing. I am delighted. With LXsub2 these are so different speakers. And it is not that there is more bass. Bass is just more swift but everything else is better, other frequencies, details, space, air… « 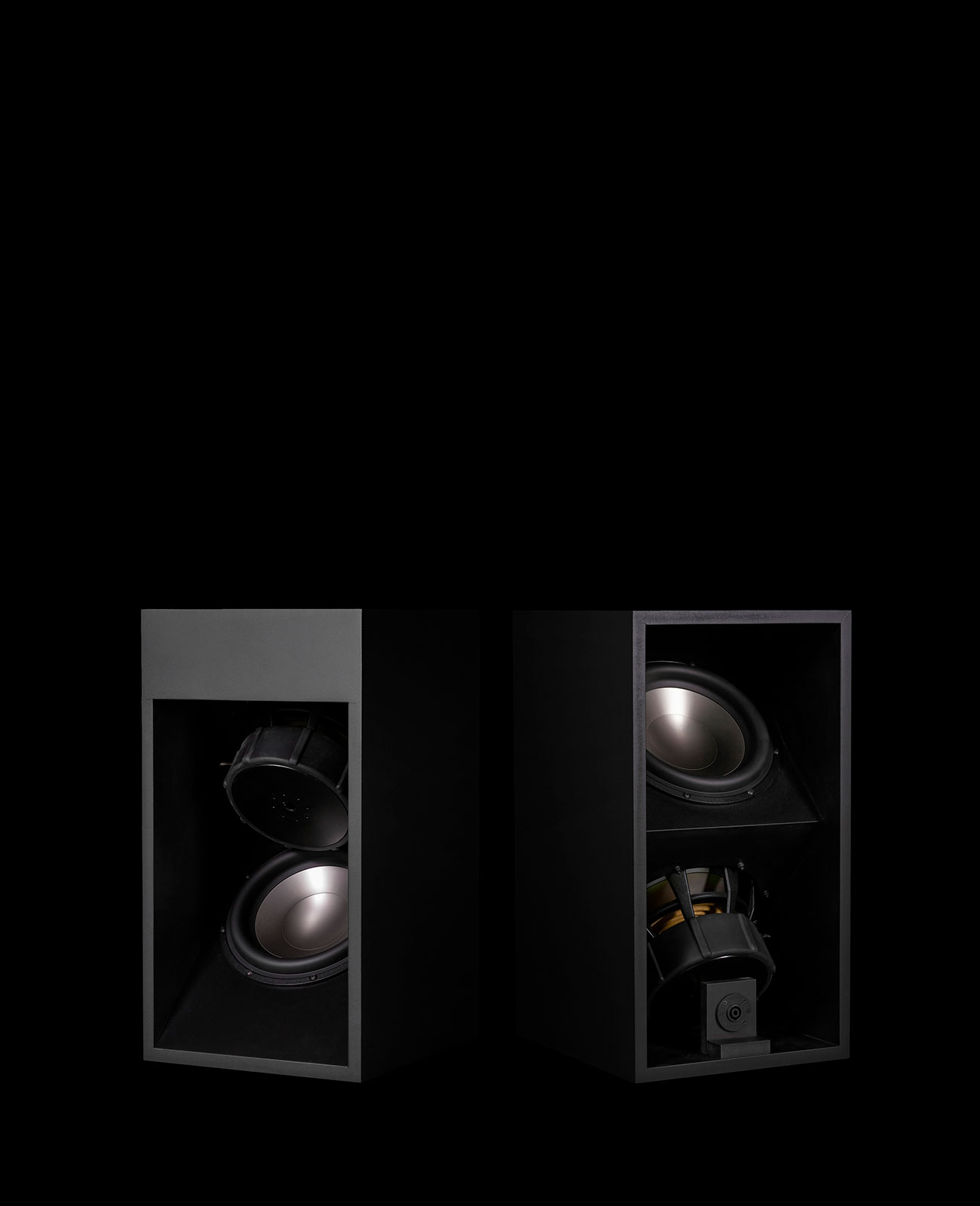